The Foreign Office announced plans to rebrand the government-owned development investment corporation CDC as British International Investment (BII), as part of the global drive to strengthen economic, safety, and development relations. British International Investment (BII) will be a significant component of the Government’s larger ambitions to mobilise up to £8 billion in public and private sector investment in global projects by 2025. This will entail BII collaborating with financial markets and sovereign wealth funds to increase financing and assist the private sector in moving in.

The Foreign Secretary has agreed that the BII will prioritise long-term infrastructure investment in order to provide clean, honest, and dependable finance and avoid leaving poor and middle-income nations with bad and unsustainable debt. It constructs on the Prime Minister’s responsibilities at COP26 to assist emerging economies in taking advantage of clean technology and growing their economic systems in a sustainable fashion, with the BII providing billions of dollars in climatic change funding for initiatives such as solar energy, sustainable transportation, and disaster-resilient infrastructural facilities over the next 5 years.

According to the administration, Britain will extend the height and influence of its development financing organisation to spend billions of pounds in technology and infrastructure in countries spanning Asia, Africa, and the Caribbean. According to Truss, BII will have 9 billion pounds ($12 billion) in funding by 2025. BII would fund middle and lower income nations in the Indo-Pacific and Caribbean, in addition to the CDC’s existing focus on Africa and South Asia.

CDC, founded in 1948, has stakes in over 1,000 enterprises in emerging markets, with a total net asset value of 6.8 billion pounds and a portfolio value of 5.2 billion pounds. It will be led by Diana Layfield, Google’s President of EMEA Partnerships, and will collaborate with financial markets and financial institutions to ramp up funding, according to the government. 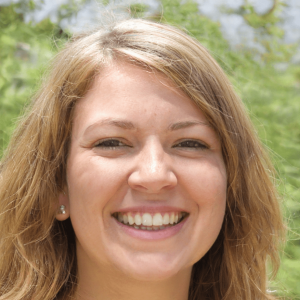 Kelly Lax is an editor at Financialnews247.com; She contributes the latest updates on emerging technologies and trending topics of the traditional finance industry.